Welcome back to the blog! I've been away for a while, but progress is continuing. The snow is finally gone, so I've been out trying out some real rock- but that's a story for another blog post. I've just got two quick mini-posts for you today.

First thing: The arete section is (mostly) complete! If you recall, I had a gap between the 40 and 30 degree sections of my wall: 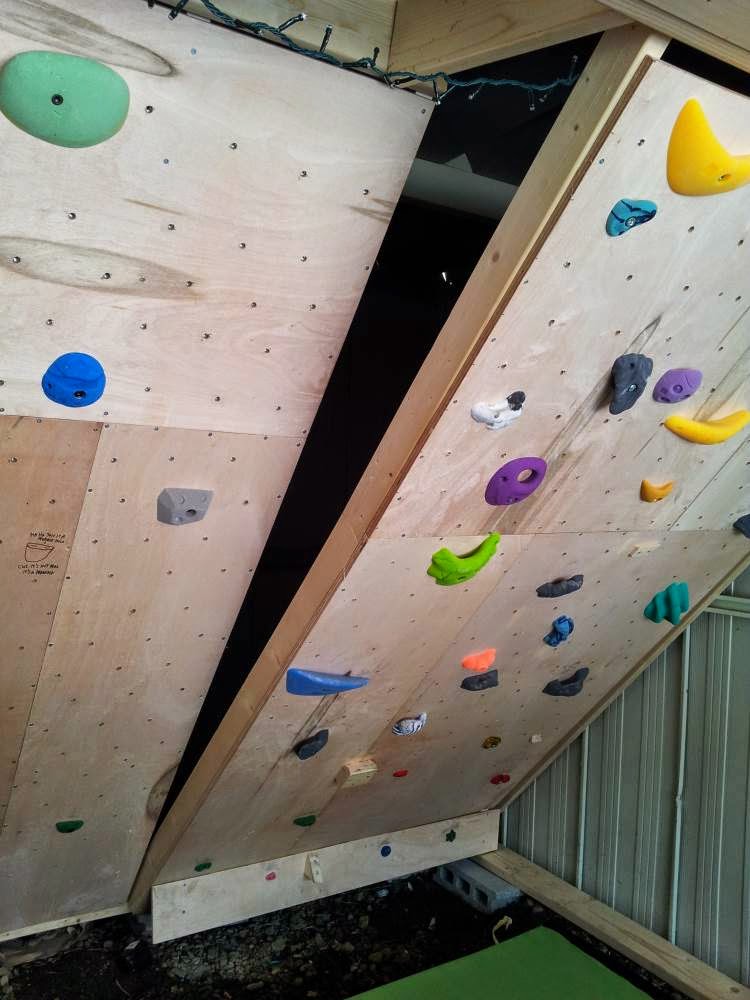 Welcome to the spider kingdom

And while this did allow for some interesting movements... 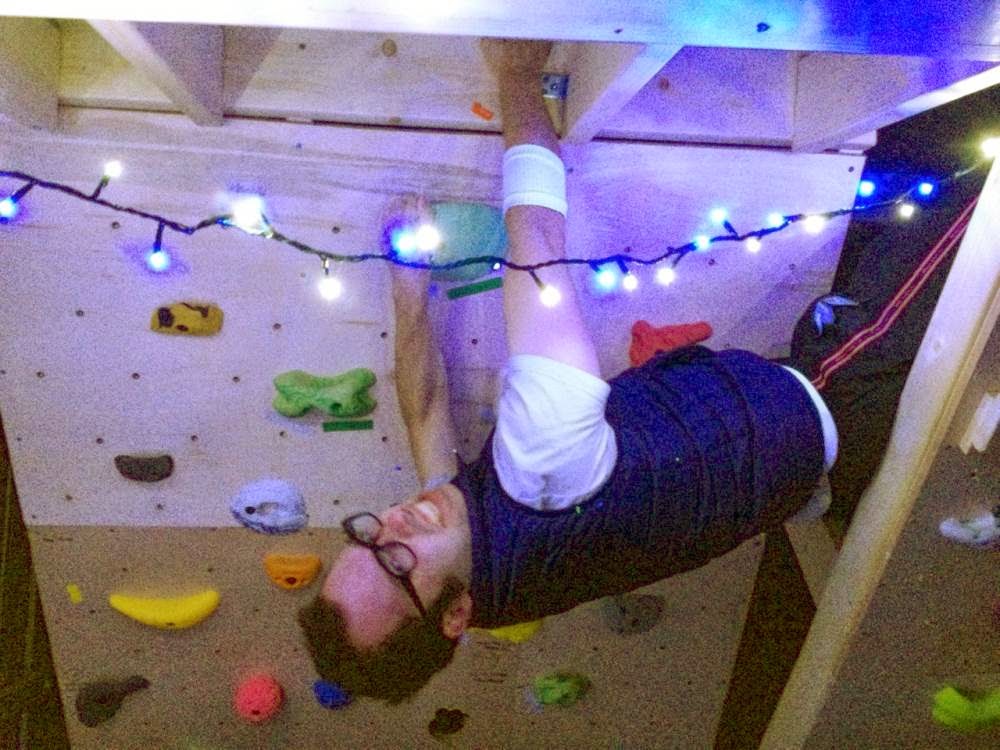 I knew that a proper arete segment would allow for a lot more. And now it's done! 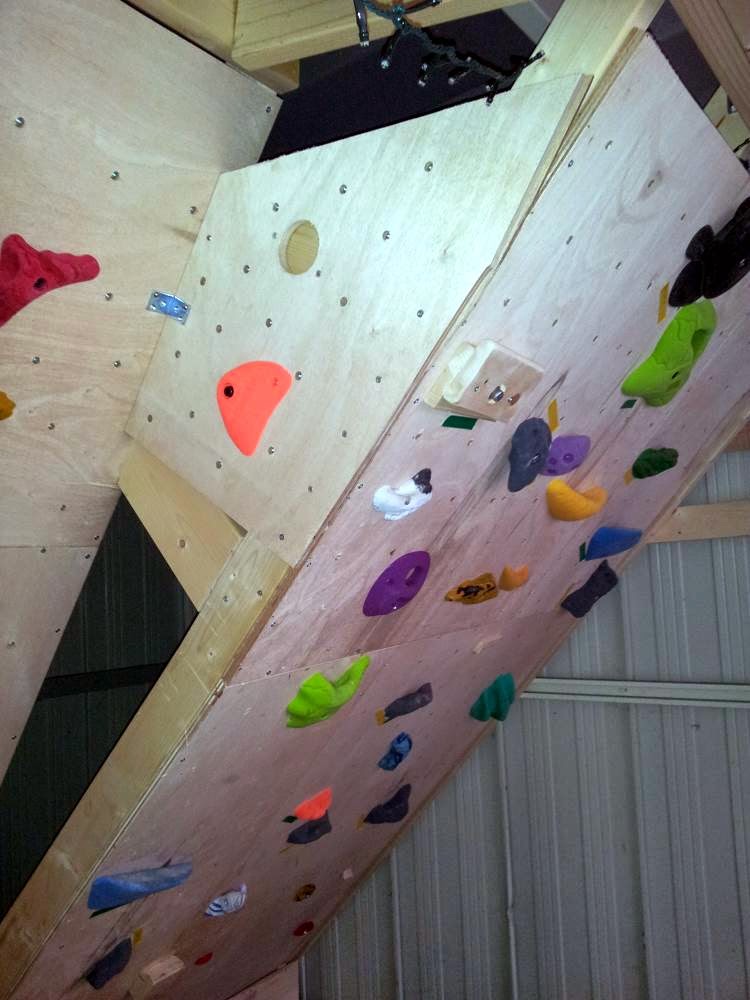 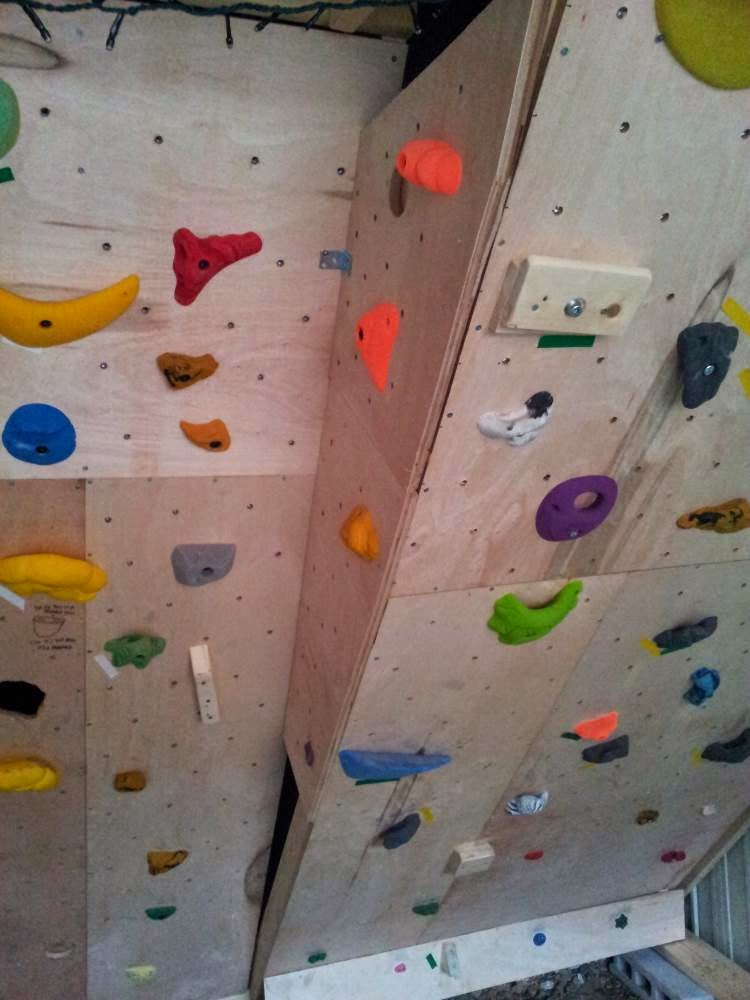 A small hole is still open at the bottom, but I'll cover that as soon as I have a scrap of plywood the right size. As a side effect of this piece of wall, I now have no access to the back of the wall. Hope I don't need to get back there for anything!

Placing the arete allows for more interesting transitions between the two sections of the wall, and allows me a place to use holds that would otherwise be unusable. The yellow hold you can see near the edge and the orange sloper above it fall into that category- terrible holds that would have been nearly useless, even on a normal vertical section of wall. Here, you can wrap around and grab them- they aren't great, but they can be used to make challenging and interesting movements. Climb on!

To finish my post today, I'd like to offer a quick mini-review of some Metolius holds I picked up. There seems to be a real lack of information about individual Metolius holds on the internet, including on their site- it can be hard to tell what you're getting, exactly. Since I have a fair number I'm going to periodically go through and post my thoughts.

The set I got for this review is from the Incut Edges Macro line, I believe set A. The set consists of two no-frills ledges, a small one and a large one. 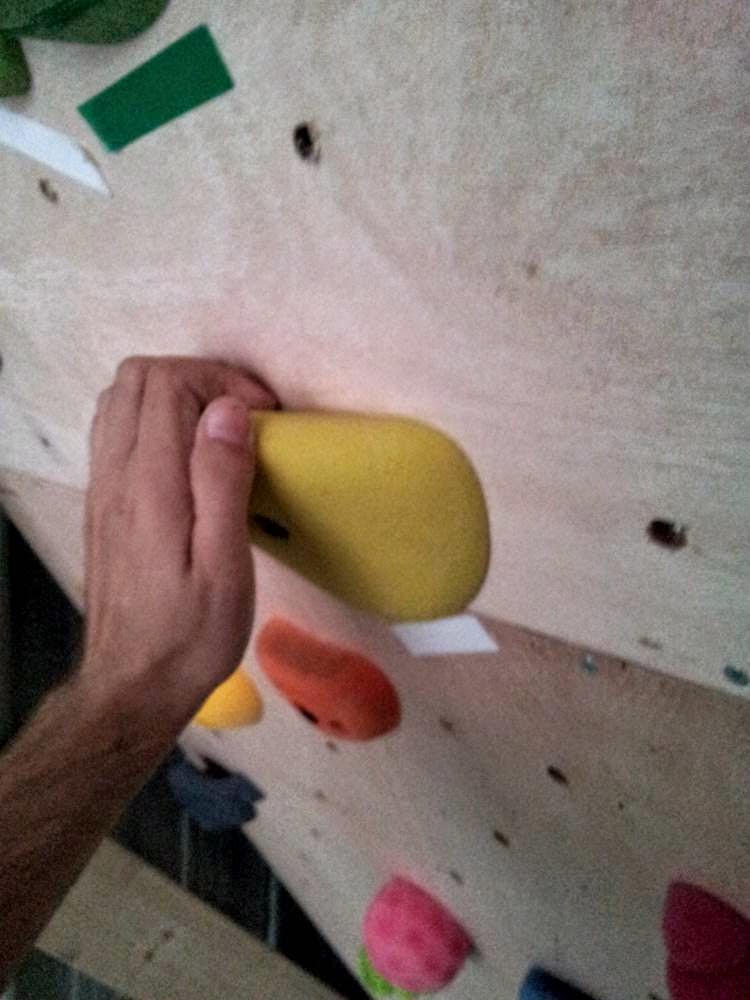 The smaller of the two is about a pad and a half deep, with plenty of room for four fingers and even a somewhat sketchy match. The texture and shape feel very comfortable to hold. I have this on the 30 degree section, where it feels like a pretty good jug; on the 40 it would be almost flat on top, and probably still usable. As a foothold, the gripping surface is wide enough to stand on, and getting a toe into the hold would be a tricky but doable move. 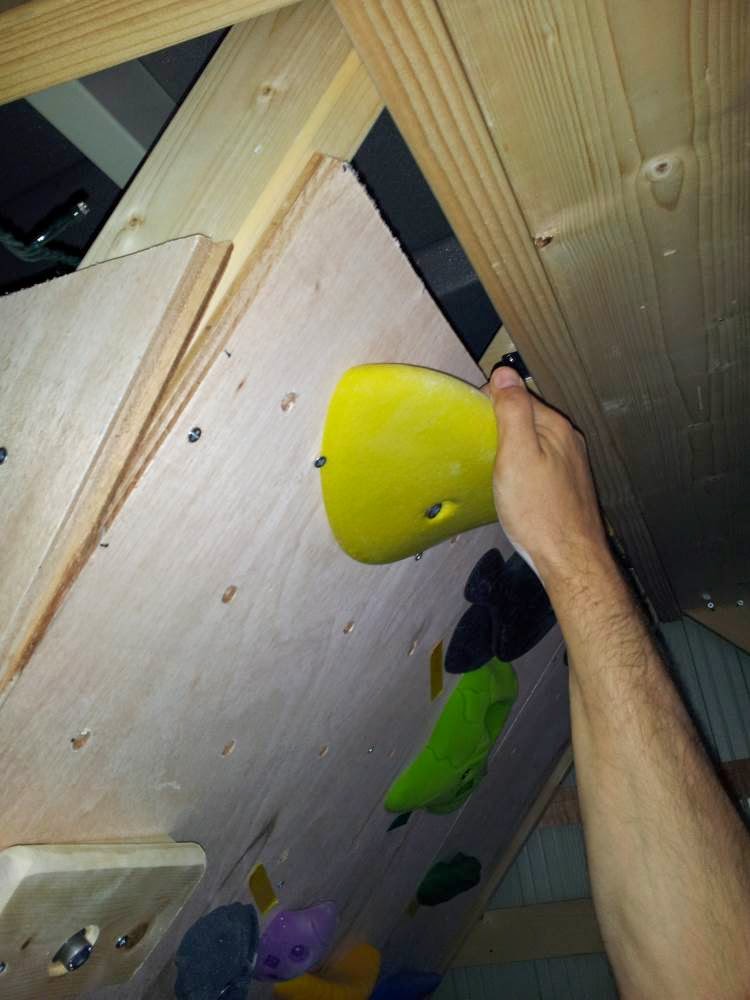 The larger of the two I have set as a goal on the 40. It's huge, with plenty of space for both hands- really more of a ledge than anything. This thing is ridiculously deep and positive, and would remain bomber on anything less than a roof.

The complaint I have with this one is that it spins. The thing is huge and invites hanging on one side or the other, but only has a single bolt hole- no set holes for screws. I've never seen a screw hole on a Metolius hold, but if anything needs it it's this one. I quickly had to place two below it. This wasn't an issue with the smaller of the two holds.

And that's that- stay tuned! I'll probably review more Metolius holds at a later date, especially the ones that came in my starter box.